The Centre Theatre has a long and colorful history in the heart of El Reno. The theater opened in the 1940s and changed hands several times. In the past it has been known as Tiffany’s and the Cinema Theatre.

Not actually in El Reno, but in the neighboring small town of Calumet, this bar is one of the last standing historic buildings in the area.

The entire building was brought to El Reno from the Chicago World Fair where it was reassembled in its current location. Ballroom The grand entrance leads directly to the ballroom with elegant pillars which frame the ballroom’s grand staircase. With large seating areas, a stage, dance floor along with a caterer’s kitchen and dressing room, […]

This Property also has many other assets, several barns, a box-car, several beautiful bedrooms, and even a rodeo awards room. It is situated just to the north of town and is readily accessible. There are pastures and prairie land stretching for a few dozen acres. One of the homes on this property is a log […]

Originally built in old Reno City, this location was loaded up on a train in 1890 and moved south a few miles where it stands today. This unique location features a pool table, a newly restored and renovated bar-room. a large outside area and many original features.

The grain towers here serve to make up this town’s skyline. towering over the surrounding landscape, these industrial behemoths and the surrounding train yard and supporting building may make for some interesting atmosphere!

The Carnegie Library in El Reno, Oklahoma is the oldest Carnegie library in Oklahoma that is still functioning as a library. Constructed in 1903, it was listed on the National Register of Historic Places in 1980 and has been in continuous use as a library since its opening. The main feature of the Classical Revival […]

El Reno Trolley Mural In 2001, Fern Zajic invited Palmer Studios to visit downtown El Reno and capture the essence of the city’s three trolleys in a mural spanning 30 feet tall and 100 feet wide. This historical downtown El Reno mural includes an image of the first trolley established in the town. On this […]

This location offers several Historic locations including the Train Station, The first American Red Cross hut, and the oldest hotel in El Reno. Also severing as a location for a turn of the century School and Church. 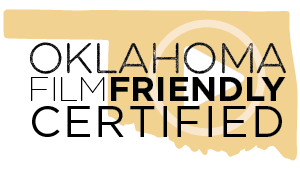 Film with us
Become a host